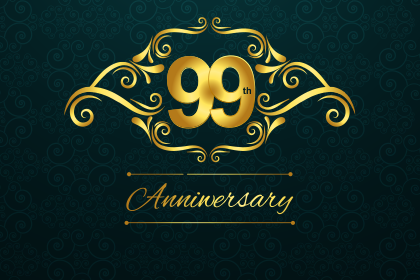 Sri Sumangala College Old Boys’ Association (SSCOBA) is celebrating its 99th Anniversary today. Having established on 28th October 1922 under the Presidency of Mr. Abeyseela Ginige, it has been an integral part of our Alma Mater right throughout. As the official alumni of the College, SSCOBA has embarked on variety of activities to support the development of our Alma Mater and her student population.

In December 2004, catastrophic Tsunami destroyed most of the buildings of the College facing the sea and it had a direct impact on some of the parents and students, tutorial staff, and there was a unanimous request to relocate the College to a safer location. Accordingly, a decision was taken by the Government with the sponsorship of the Japanese Government to relocate the College to a more secure and suitable land at Wekada, Panadura. Despite resistance by a few, with the leadership of the Principal and with the able support of the SSCOBA, it was possible to overcome all these obstacles to realize the dream of a brand new college but with the same blend of the Sumangala to become the beacon of the Kalutara District. It is the desire of the SSCOBA to see that Sri Sumangala College is one of the leading pioneering educational institutions in Sri Lanka.

Sri Sumangala College, with over 110 years of history, is a pioneering institute of learning in Sri Lanka which continues to produce a wide array of outstanding Sri Lankans. Among them, there are professionals of high caliber, in Engineering, Medical, Technical, IT fields, Public Administrators, Accountants, Scientists, outstanding Sportsmen, Businessmen, Entrepreneurs, Media personalities, Artists, and Politicians. It could be easily recognized Sri Sumangala College as an institution that has contributed directly and widely towards the well-being and development of our country and it standout as one of the leading National Schools in Sri Lanka.

Last year, 2020, with the COVID-19 pandemic situation, college administration and SSCOBA started online classes for college students. Microsoft Teams and Office 365 were implemented at the college with email access to every student at the college. This project was carried out with the collaboration of Microsoft and Sanji (Pvt) Ltd and our old boy Mr. Nirodha Goonawardena was instrumental in coordinating this project. The above project was quite handy in this year (2021) too given the pandemic conditions. SSCOBA supported the education of school children especially those who are facing GCE O/L and Grade Five Scholarship Exams this year conducting a series of online education activities in a successful manner.

Owing to the dedication, unblemished service of past and present leadership, along with the strength and co-operation of the members, the present membership of OBA has surpassed the 4000 members. With the affiliation of the Junior OBA and Colombo, Kandy, Australian, Italy  and UAE branches, Old Sumangalians Medical Professionals ‘Association, Past Cricketers’ Association, and other associate bodies have made SSCOBA a very powerful organization of its class to become one of the strongest OBAs in the Island.

Due to the COVID-19 pandemic situation, SSCOBA had to cancel the Old Boys’ Day Celebrations this year too, but managed to conduct several projects in lieu of the 99th Old Boys’ day.

SSCOBA expresses its sincere appreciation to everyone for their excellent support and assistance extended for the successful completion of the OBA day activities in  2021.