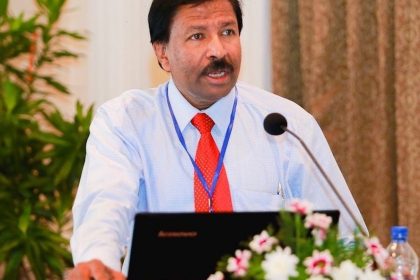 On the 16th of March 2018, Dr Jayan Mendis will do his final ward round at the National Institute of Mental Health. This will mark the end of a remarkable journey during which he almost single handedly transformed the old Angoda mental hospital  to a modern mental health institute.

He had his early education at Sri Sumangala College, Panadura and Thurstan College, Colombo and graduated from the Faculty of Medicine of the University of Ruhuna in 1984. He completed his internship at the Colombo General Hospital.

Dr Jayan Mendis was appointed to the Angoda Mental hospital as a young post intern doctor in 1986. At that time this hospital was more of an mental asylum than a hospital. The young Dr Mendis was appalled at these primitive conditions and resolved take up psychiatry to change the plight of these poor patients.

Dr Mendis did his postgraduate training at the University Psychiatry unit in Colombo and at North Western Mental Health in Melbourne. He was appointed as a consultant psychiatrist at the Angoda Mental Hospital on returning to Sri Lanka in 1997.

It was a serendipitous turn of events that changed his destiny as well as that of the old Angoda hospital. In 2002 the director of the Angoda hospital had to leave his post followed a dispute with the staff and the post fell vacant. The then Director General of Health Services Dr A.M.L Beligaswatte requested Dr Jayan Mendis to take up the post on an acting basis. The rest as we know is history.

When Dr Jayan Mendis took over as acting director Angoda was a slightly more humane place than what it was in the eighties. But things were far from satisfactory. It was perhaps somewhat like the fictional psychiatry unit in the award winning movie “One flew over the Cuckoo’s nest”! The number of medical officers had increased but they still confined themselves to treating the physical illnesses and had little contact with patients. It was only the eight specialist psychiatrists and the few postgraduate trainees who looked into the mental health aspects of the over 1000 inpatients. The nursing staff had no knowledge of psychiatry and were overworked and demotivated. The minor staff were a law unto themselves and still continued their crude methods of dealing with aggressive patients. The doctors and nurses ignored complaints of assaults by patients as they didn’t want to upset the status quo.

Dr Jayan Mendis gradually set about changing this situation. He naturally met with a lot of resistance but he faced it head on in his characteristic style. He was not afraid to call a spade a spade and was highly critical of some of the asylum type practices that were prevalent at that time. This may not have endeared himself to some but that was his style. I was a first year registrar at that time at NIMH and was fortunate to witness some of his struggles first hand. Now looking back after many years I feel that only a benevolent dictator like him could have changed these practices.

The conventional wisdom among the top experts in mental health at that time was that Angoda should be closed as it can never be changed. Many local politicians too added their voice to this cry but their motive was to grab the valuable land that was to grab the large extent of land that housed it. But Dr Mendis firmly believed that the Mental Hospital was an asset to Sri Lankan psychiatry and had to be protected and developed.

His first strategy was to improve the medical and nursing care. He trained the staff in Basic Psychiatry as well as in the safe practice of seclusion and restraint. He gradually weaned out the archaic practices prevalent at that time and ensured the elimination of violence against patients. He introduced the concept of clinical governance and developed protocols on safe patient management. Angoda was the traditional dumping ground of the health administrators of that time. Health staff members with disciplinary issues were transferred to Angoda as punishment. Dr Mendis opposed this practice vehemently. So much so that some of the top health administrators thought he was a thorn in their flesh.

After improving some of the basics Dr Mendis set about improving the infrastructure of the hospital. The Perinatal psychiatry unit, The Psychiatry Intensive care unit, The Learning disability unit, The Geriatric unit and the child and adolescent unit and the medical unit were added during that time. He also took steps to improve the existing units like the forensic psychiatry unit as well as the occupational therapy and rehabilitation services.  He also established a fully fledged training centre training center with two auditoriums and a Library as well as a research unit. He tapped all possible local as well as foreign sources in order to get funds for these developments. Unlike many medical professionals at that time he was not averse to meeting with politicians to get their support. But he was quite straightforward even with them and was prepared to oppose them when the need arose.

He never neglected his clinical responsibilities despite his heavy administrative responsibility. He was an excellent clinician who always empathized with his patients. He took a personal interest in his juniors and went out of his way to help them. Those of us who worked closely with him knew that there was a heart of gold under the rough exterior!

Dr Mendis relinquished his administrative responsibilities in 2015 after serving for over 13 years. I was fortunate to join him at NIMH as it’s most junior consultant just prior to his retirement and see for myself the tremendous improvement that the hospital has undergone. The stigma associated with the hospital is much less and it attracts a large number of patients despite the presence of a wide network of regional psychiatric units. Medical and Nursing students from several universities come to the NIMH for training.

Dr Jayan Mendis took over the reins of what was believed to be an unsalvageable mental asylum and turned into the National Institute of Mental health of this country. I believe that this would go down in history as one of the greatest achievements in the history of health services in this country. I dare say (with apologies to the late Winston Churchill) that never in the history of mental health has so many owed so much to so few. In this case it was just one.

But I believe the best is yet to come. Devoid of his onerous clinical responsibilities Dr Mendis is bound to get more involved in mental health development.  We his students will do our best to protect and improve his legacy as that is the biggest tribute we can pay him. I am sure Dr Jayan Mendis will be with us all the way supporting us in all possible means for as long as he can.