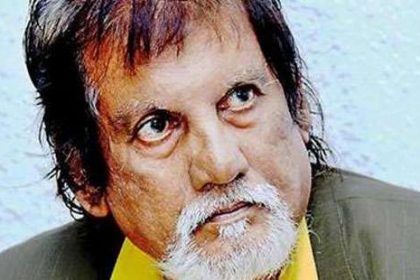 Former Editor of the Divaina newspaper and a former member of the Editors Guild of Sri Lanka (TEGOSL) Merryl Perera passed away at the age of 73 today.

Issuing a condolence message on the passing away of veteran Journalist Perera, the TEGOSL conveyed its heartfelt condolences and sympathies.

Merryl Perera, who began his career in journalism in 1965 from the Lake House, had then served at the Dawasa Newspaper before joining the Upali Group in the capacity of the Chief Sub Editor of the Divaina Newspaper in 1981.

Afterwards, the late Mr Perera had functioned in such posts as the deputy editor and associate editor before assuming the portfolio of chief editor of Divaina.

He had also worked as the chief editor of the Nawallva Newspaper as well for a short period.

When he was functioning in the capacity of the chief sub-editor of the Divaina, he earned a name for himself for attractive, colourful headlines to news items of the said newspaper.

During the course of his long career in journalism, he had also mentored a sizeable number of journalists to the field which further underscored his reputation for scoring new talent in his chosen field.

His death will be an irreparable loss to the field of print media of the country. May he attain the supreme bliss of Nibbana, Secretary to the TEGOSL Sisira Paranatantrie said in the statement.